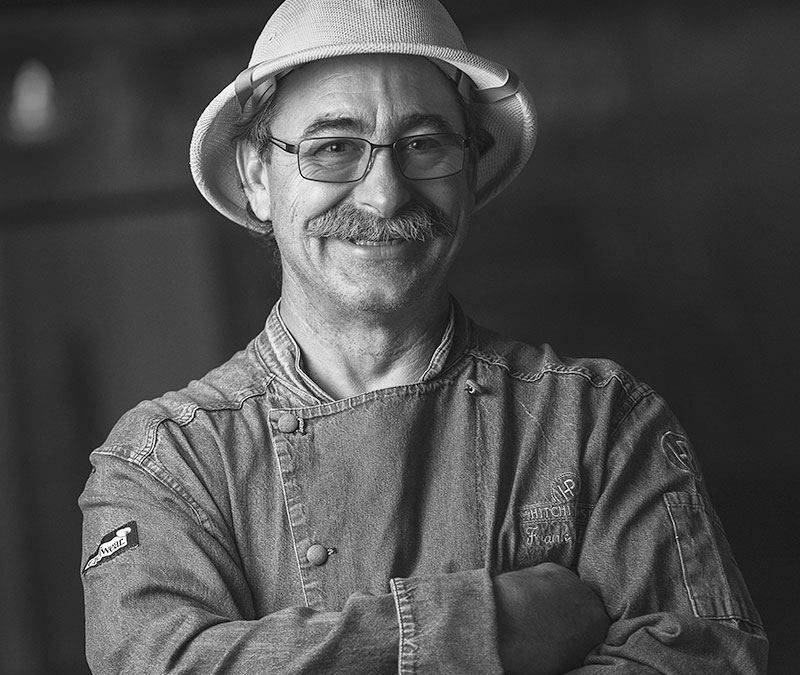 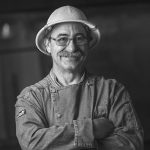 Frank Ostini grew up in and around the Casmalia Hitching Post, his family’s steakhouse in central California, in operation since 1952. With high acclaim from an influential roster of international journalists and devoted fans, Frank has become the regional spokesman for what is popularly known as “Santa Maria Style BBQ,” a feast that features meats grilled over a red oak fire, and an honored ritual in the Santa Ynez Valley. Specializing in this traditional wood-fire barbecue, Frank has expanded the family’s original menu to cook most anything over the embers at his Hitching Post 2 in Buellton, California, including local vegetables, fish, poultry, pork and game in addition to the wide selection of the best quality beef in America, sourced from small packers in Nebraska, Iowa, and Kansas, and aged to his specifications.

Since 1984, Frank Ostini and partner Gray Hartley have also produced Hitching Post Wines, specializing in Santa Barbara County Pinot Noir. Both the restaurant and the winery received widespread international attention since they were featured in the Academy Award® winning film Sideways in 2004 which impacted both businesses. Today the winery has 1200 barrels and makes about 17,000 cases a year.  “When we started to make wine I had one purpose,” says Frank.  “To get good wine on my family restaurant’s table – wine that I produced.  Doing the food and wine is all I ever wanted to do, and it’s still all I ever really want to do.”

Frank and his wife/ partner Jami live in Buellton and have two adult children.